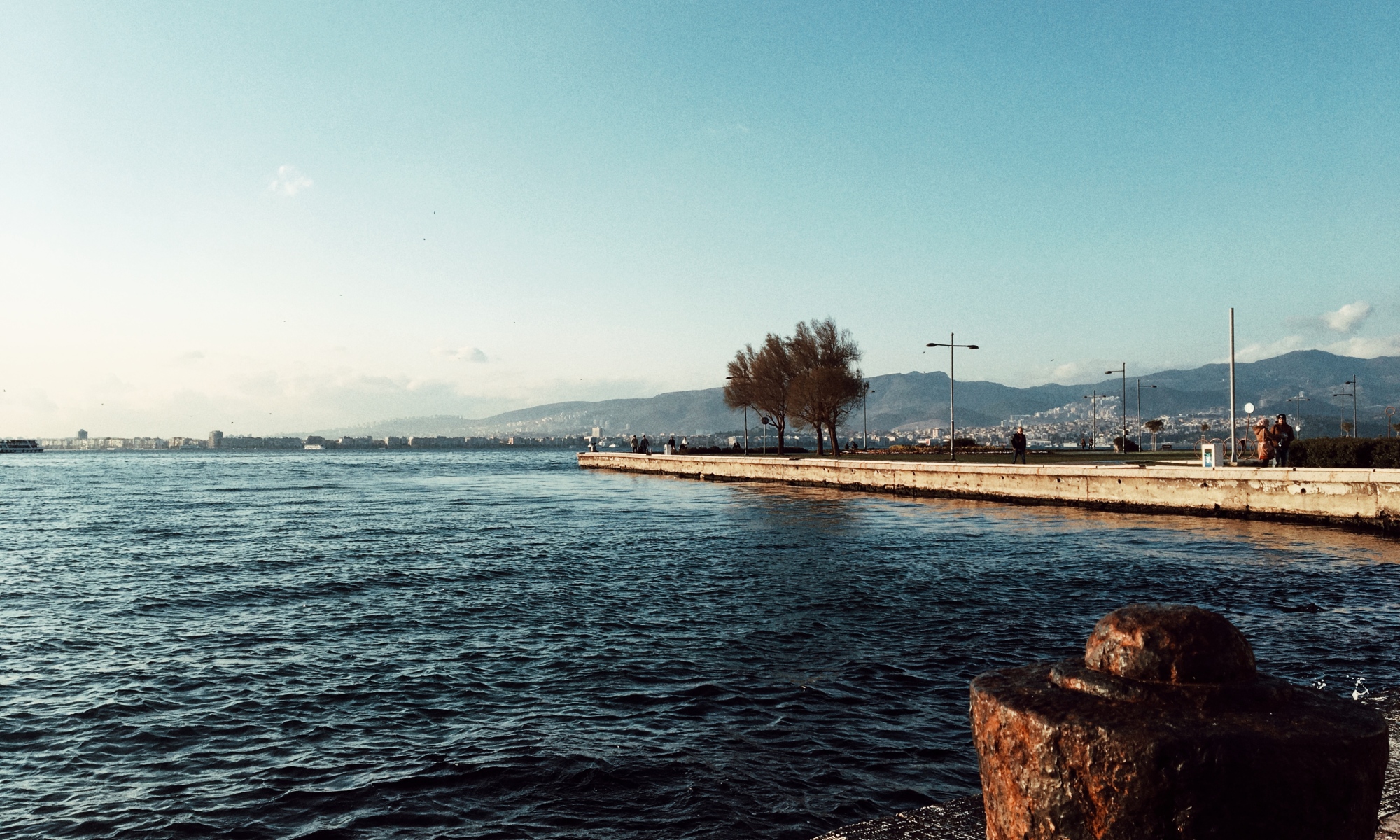 Last March has been crazy: the busiest month so far! April continues in the same vein. Nevertheless, here and there I try to save moments to dedicate to my blog and these stories. March marked my first time in Izmir, the video (a bit short) is here.

The city and the people

At my arrival, Izmir greets me with a green, empty airport. I get in the metro, just outside the airport, to reach the center. A crowded train, but no one speaks, everyone is silent! It is this feeling that I have left from the city, in stark contrast to Istanbul: over there, everybody runs and speaks loudly. Being in a hurry even when you have nothing to do is automatic, but not in Izmir.

I had the bad idea to book a hotel at Basmane Gar. As soon as I mentioned this info to the people who asked, they all looked at me

Well, not knowing the city, I just had a look at the topographic map. It seemed a good place near the metro, the railway station and the center. Obviously I understood nothing. The thing is that in that area, from 9 pm, on the streets you can only find men and morally suspect women… The locals’ advice is to be closer to the sea, to the center: perhaps Alsancak.

Izmirians cannot understand why rushing to get things done, and are enviably calm and cheerful. And above all, they love to make fun of the Istanbulians for all the traffic that plagues them and the stress that tires them. Who can blame them! 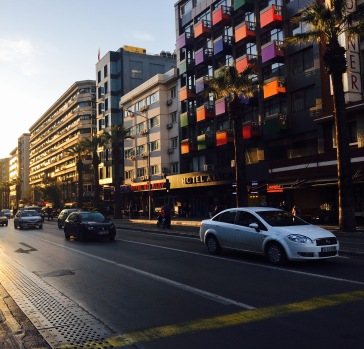 A person I was talking to told me that one day she was arguing with someone from Istanbul: this one goes like “Oh to get into this place it takes only two hours.” And she replies “Two hours?? Do you know how many things you can do in two hours? Each day you are deprived of at least two hours of your life to be sacrificed to traffic!” Distances (spatial and temporal) are always relative. I also find that Izmir lifestyle is more connected to its sea, and life moves closer around it. However, the citizens are very active in finding a thousand ways to solve or improve every detail of their city.

They are driven by a strong pride, perhaps even stronger than in Istanbul, which leads them to find their own way to emerge from the shadow of fame Istanbul and Ankara throw at it. In my opinion, it’s worth taking a look at InvestinIzmir. I think this is due to the size of the city, which encourages a greater attachment to the homeland and the fellow citizens.

This calmness, of course, was way easy to accept, because it is the same Neapolitan chill! In the weekend I had the chance to go to Ephesus: wonderful!

I have dreamed a lifetime to see the Library of Celsus! And I had the opportunity to explore the ruins of an ancient Greek city. 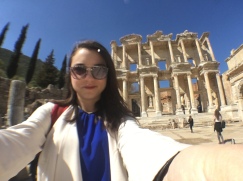 Although I must admit that, after seeing the sites of my region, Campania, Pompeii and Herculaneum first of all, and being used to a certain type of cultural heritage which naturally my territory has given me over the years, there is little that now amazes me…